The speaker at this meeting was Rooven Pakkiri, who describes himself as helping business managers in organisations to use social media tools to further ‘Social Knowledge Management’. 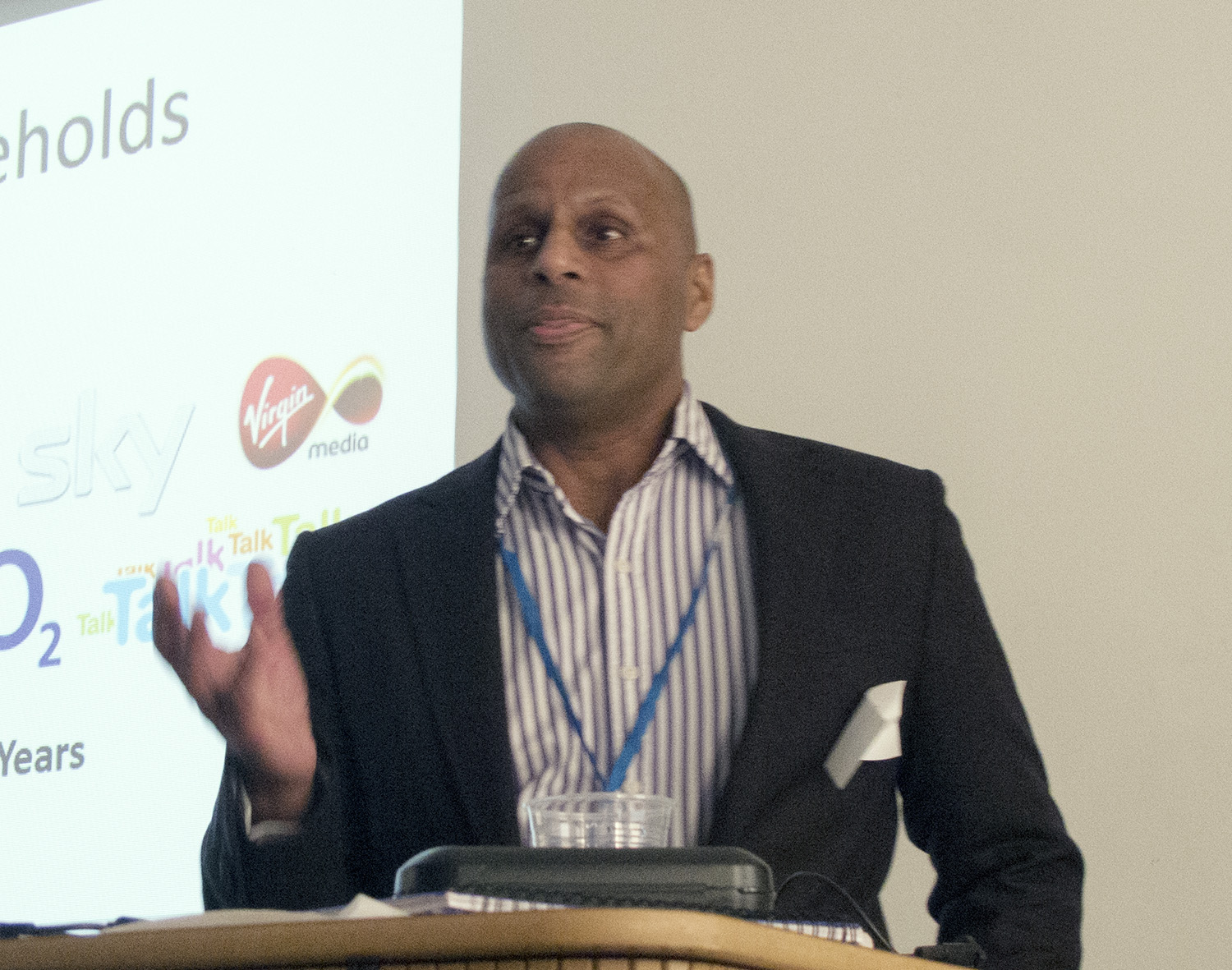 When he was working for the National Westminster Bank in the late nineties, Rooven attended a training session introducing the Internet, which for him was a transformative experience. He concluded that, as this technology would ‘level the playing field’ between large and small organisations, the main differentiator between successful organisations and those less so, was how they made use of ‘human capital’.

For me this begs a few questions. For a start, what is human capital? I think that Rooven specifically equated it with knowledge and, to be more specific, with ‘intellectual knowledge’. This is probably truer in some business contexts than in others – and, of course, it’s an opinion well tailored to appeal to Knowledge Management types. However, there are fields of collective human endeavour where plenty of other human attributes contribute a great deal to the success of organisations – for example, empathy and kindness, loyalty, patience, attention, bravery, honesty and imagination.

It also seems clear that there are many kinds of organisation where the key to success is a very material form of capital, where, for example, you need money to invest in building plant, access to cheap electricity and perhaps political leverage, as well as hiring people with the requisite knowledge and skills.

Rooven asked us to recall when we first used Google. (Actually, I thought further back, to the ‘fast’ aggregated search facility on GeoNet, to Gopher and, when the Web came along, to Altavista and OpenText.) The reason we are able to find out so much online, he said, is because it is in human nature to want to share information.

He also set up a dichotomy between broadcast television and ‘the Internet’ (I think he meant the non-social-media side of the Web) on the one hand, and the likes of Facebook, Twitter and Instagram on the other. The first set he characterised as ‘broadcast media’, and rather old hat, and the latter group as made up of user-generated content.

I’m less inclined to see these as opposed; rather, each form has its strengths and weaknesses and we combine them in ways that work best for us. Many tweets and Facebook postings contain short-form URL links to blog posts, YouTube videos, online articles and other more considered forms of exposition.

There was some discussion about the degree to which people are prepared to share their knowledge, especially if their relative monopoly of it confers status and power. Rooven talked about some organisational practices, and technology deployments, which could be used to encourage people to share knowledge within their organisation, for example ‘reverse mentoring’, where a junior person shadows a more senior and more knowledgeable employee and writes blog posts representing the senior’s knowledge and insights.

There is an issue here about what kind of organisational culture encourages people to part with knowledge, the possession of which may well make them more secure in their position and less disposable. It reminded me of one of David Gurteen’s knowledge cafés at which someone from the HR department of a consultancy enthused about their knowledge sharing culture, while in discussions after, people from PWC said you’d be mad to give any advantage to your ‘colleagues’, who were always scrambling to climb over you to the top of the heap.

Then Rooven cited Deloitte as saying that, these days, employees have to be treated more like customers than subordinates. Again, I think that can only be true in certain organisations and work-roles. I see no evidence that the modern shop-worker, bus-driver, nurse, teacher or fast-food restaurant worker is treated with this sort of consideration.

Rooven’s next foray into knowledge transfer looked at the enhanced opportunities for self-directed learning which the Web gives us access to, for example videos on YouTube, TED talks and participation in online groups. I think Rooven’s view is largely that any sufficiently self-motivated person can, by dint of tracking down online training materials and doing a lot of study, succeed in learning anything. He spoke approvingly of Malcolm Gladwell’s assertion that 10,000 hours of study and practice can turn anyone into an expert. (This is from Gladwell’s book Outliers, which Steve Pinker has described as made up of ‘cherry-picked anecdotes, post-hoc sophistry and false dichotomies’; I certainly think that autodidacticism doesn’t suit everyone and that interpersonal knowledge transfer still has its place.)

What does it take to make knowledge transfer an ongoing phenomenon in an organisation? Rooven’s business is based on working with HR departments to get collaboration and knowledge sharing going, using network software platforms such as Yammer, Jive and Connections. Here I would have liked more use cases, though I guess Rooven is hampered by issues of confidentiality.

There is, however, some literature to draw on here, such as Julian Orr’s study of Xerox photocopier and printer repair technicians, and Etienne Wenger’s case study of staff at a medical insurance firm, which informs his book Communities of Practice. But this can fall flat, as seems to have been the fate of the Local Government Association’s Knowledge Hub.

Rooven suggested that people who act as ‘connectors’ between people and networks are amongst the most valuable people in companies. This is virtually identical to Wenger’s thoughts on the role such people play – he calls them ‘brokers’.

Towards the end of his talk, Rooven mentioned a computer game where the player has to put together a winning football team by choosing the best mix of players with different talents. He asked, what if companies similarly assessed the human capital attributes of their employees (and potential recruits) and put together ‘teams’ fitted to solve the important problems of the day? Here at least Rooven appeared to acknowledge that intellectual knowledge is only one of a number of desirable aspects of human capital.

I was less impressed by his suggestion that the business world should move towards a general ‘labour on demand’ model, shopping around in a skills marketplace and using short-term contracts to get jobs done. Doubtless that is the logic of capitalism, but it is a poor recipe for human security and development.

Rooven spoke for longer than is usual at a NetIKX meeting and, after the tea break, he offered to continue with a demonstration of some of the software platforms he uses, but we opted to stick with the NetIKX tradition of syndicate groups, of which there were three, each discussing a separate question.

I was in a group that discussed whether business is moving increasingly from the domain of the Complicated to that of the Complex. That is, is the world of business akin to the engine of a Ferrari, which a competent mechanic can disassemble, fix and reassemble? Or is it like the Brazilian rainforest, a complex ecology of interplaying organisms and factors, where not only is it impossible to know everything about the system, but you can’t even know what factors you don’t know about? (The ‘unknown unknowns.’)

Rooven said this was from an article in the Harvard Business Review: ‘A Leader’s Framework for Decision Making’ by Dave Snowden and Mary Boone. It appeared in November 2007 and you can find it here: https://hbr.org/2007/11/a-leaders-framework-for-decision-making. The article presents Snowden’s ‘Cynefin Framework’, in which a situation requiring decisions to be made is analysed as belonging to one of four possible Domains: Snowden labelled these as Simple (later changed to Obvious), Complicated, Complex and Chaotic. Rooven’s question focused on the middle two domains.

Although the basic either/or question was hardly worth discussing, we pushed the topic further. Organisations have a dynamic life in which some aspects are complicated, but rules have emerged to regulate them. Sometimes the organisation finds itself struggling with complexity where the dynamics are hard to figure out, but that’s not cause for despair. Snowden’s recommended response is to probe the situation by devising experiments that are ‘safe to fail’, and see which of these interventions move the situation in a desirable direction.

So, we had quite a lively syndicate session, even if the connection between the question we’d been posed and the topic of Human Capital was very loose.

I’d like to extend this topic towards other human attributes, and towards know-how and tacit knowledge, not just what organisations think they can squeeze out of employee’s brains.

How do you keep your skills relevant in an ever changing environment?

As we adapt to new workplace challenges (or opportunities) at a time when organisations are looking to increase productivity and make savings through automating routine work, we need to think about the ’human differentiator‘ – in essence, ensuring that we are all still employable!

In this interactive presentation at the next NetIKX meeting, Social KM expert Rooven Pakkiri, will discuss how we can transform the way we engage in our work, with radical strategies based on ‘Social Learning’, ‘Talent Insights’ and ‘Decision Sourcing’.

As we move forward, a key differentiator of successful organisations will be whether and how they are able to leverage in a consistent way the talent and knowledge of their workforces so as to meet their objectives. Companies that are bound by tradition and hierarchy will struggle to compete.

This session will enable us to consider how we fit within this changing environment and how we can continue to learn new skills and remain relevant.

Rooven Pakkiri works with clients to deliver sustained adoption strategies for collaboration platforms such as Yammer, Jive and Connections. His focus is on engagement (often through HR) with the business managers in an organisation. Together they design, develop and deploy a highly customised Social KM road map that revolves around the use of the social tool set in order to solve client-specific business/organisation problems or to address current opportunities. Everything Rooven does is led by business/organisation requirements and user adoption and not by the features and functions of the chosen collaboration technology.

A veteran of the dot.com era, Rooven is a digital evangelist who focuses on the way technology changes organisational communication and collaboration. He is an author and regular speaker on the subject of Social Knowledge Management and how it is transforming the corporate rule book. Rooven is also the co-founder of a regular thought leadership event in London at which independent thinkers discuss issues of user adoption and cultural transformation.

As a Social KM consultant, Rooven is responsible for developing client-specific adoption strategies and immersion programs. As part of this process Rooven employs a number of techniques such as  scenario modelling, content seeding, champion identification and community development.

If you are a NetIKX Member or join NetIKX when you register, there is no charge.

Non-members are welcome to attend.

Athough the normal rate for non-members is £50, there will be discounts available for returning members and others. For further information, please send an email to web[at]netikx.org.